This week we are pleased to feature the latest Market Report from our Knowledge Partner, S&P Global, on how the ECHA’s proposal on the use of lead will affect Europe’s net zero ambitions.

We also share a technical article Applications and Considerations for Use of Palladium-Nickel Hydrogen Sensors from Transformer Technology magazine, an interview with Oğuz Sönmez, COO of Sönmez Trafo and details of Transformers Academy’s latest Transformer Oil training course. 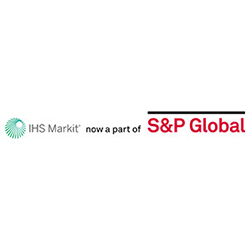 How will ECHA’s proposal on the use of lead affect Europe’s net zero ambitions?

Inclusion of lead in REACH Annex XIV would not only overregulate the existing lead supply chain, discouraging new investments, and hindering growth prospects, but it would also disrupt Europe’s well-established lead economy

Oğuz Sönmez was the youngest graduate among EMBA Alumni Members in 2015–2016 at Boğaziçi University, having previously studied Electrical Engineering at Istanbul Technical University. He has been the Chief Operational Director Sönmez Trafo, a family-operated business for special transformers, since 2016, having worked as a Sales Manager from 2010 to 2016. 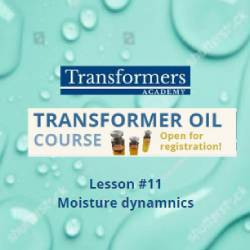 The Transformer oil course continues delivering quality lessons as part of the Transformers Academy. Dr C. S. Narasimhan hosts the lesson on Moisture dynamics, i.e. changing equilibrium in a transformer and its interpretation of the asset health. Attendance is free of charge! Live on Thursday, 14 July 2022, at 2 PM CET.

Learn more and save your seat here

Applications and Considerations for Use of Palladium-Nickel Hydrogen Sensors

Brazil’s first power transmission auction in 2022 has attracted $2.9 B in investments.  On 28 July, 5,425 km of lines and 6,180 MVA of transformation capacity were contracted, with an average discount of 46 % on the ceiling price. Of the total, $2.31 B will be for large-scale transmission, capable of bringing PV solar power from Minas Gerais.

Brush Transformers has announced that they have completed the UK’s first retrofit to the Vacuum Bolt On (VBO) Tapchanger for a valued southern DNO.  According to Brush Transformers, the installation of this Tapchanger will enable 100% reverse power flow, 300,000 operations/15-year maintenance intervals and improved reliability. 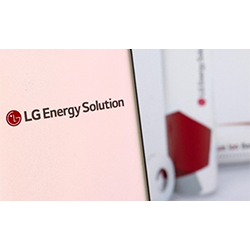 A global crunch in semiconductor supply could cost Stellantis (STLA.MI) up to 220,000 vehicles this year in terms of lost output in Italy, the FIM CISL union said, adding this would mark the fifth year in a row of declining production in the country. 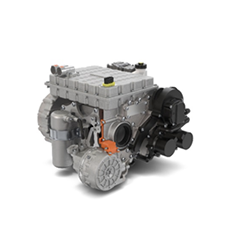 A new 4-in-1 electric axle solution has been unveiled that integrates the thermal management system, the electric motor, power electronics, and transmission into the axle drive.