Power transformers are a critical and the most vulnerable component in an electricity grid, especially with the ongoing digitalization of the grid infrastructure and ever-evolving cyber security threats.

Power transformers are a critical and the most vulnerable component in an electricity grid, especially with the ongoing digitalization of the grid infrastructure and ever-evolving cyber security threats. The US electricity grid that greatly relies on power transformers, in turn is responsible for supplying power to residential, commercial, and industrial customers, along with the power required to support military and defense installations, including bases, arsenals, and laboratories.

Sophisticated military equipment, such as fighter jets and naval vessels, also rely on transformers of various types and capacities to provide the correct voltage within subsystems. Furthermore, failure of a single power transformer unit can cause loss of load over a large service area while the replacement requires time because of huge costs involved, high lead time, and difficulty to transport LPTs.

So these transformers are not just crucial for the economy but are vital for their national security as well which has led successive US governments to take measures focused on reducing reliance on foreign countries in this regard. Although there have been certain government measures that were not sustainable and counterproductive, therefore, they were later revoked. At present, the demand for power transformers in the US is met through US-based and international companies which are aligning their business models with the ever-evolving realities of the US transformer market be it legal or otherwise.

Key Suppliers of Power Transformer in the US 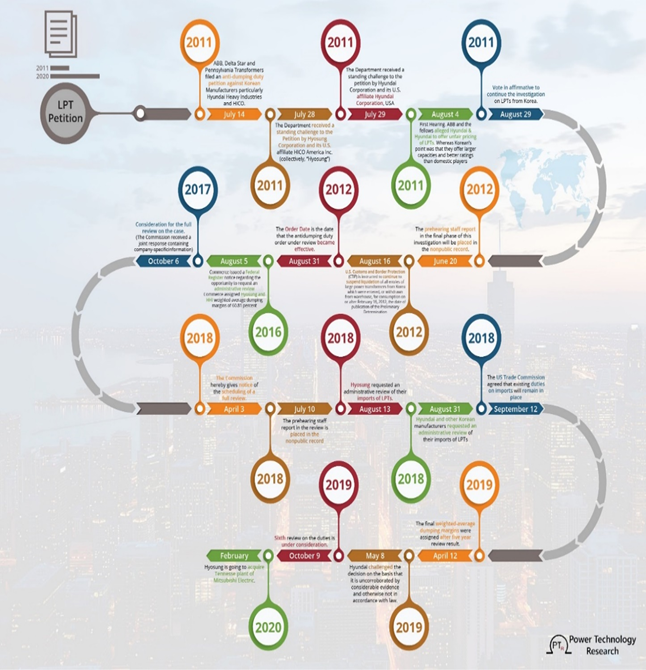 Figure 1: Timeline for anti-dumping duties in the US.
Source: Power Technology Research

Such huge dependence on imports from foreign countries, especially when it comes to large power transformers has pushed governments to take measures focused on promoting localization of the US power transformer market.

AK Steel is the only producer of GOES (Grain Oriented Steel) in the US which is produced at the facilities in Zanesville, Ohio and Butler, Pennsylvania. GOES is critical for the performance of transformers and accounts for around 25% of the transformer production costs. Despite being the sole producer in the local market of the US, AK Steel’s operations were not profitable, partially due to low-cost imports, and it was on the brink of being shut down. If AK Steel went out of business, the US would have lost the ability to produce transformers of any power handling capacity without imports from abroad. According to the report, ‘The Effect of Imports on Transformers and Transformer Components on the National Security’ by the US Department of Commerce, the imports of GOES along with other steel products from foreign countries posed a national security threat which was addressed by imposing 25% tariffs on imports of steel products from most countries. This move resulted in a significant drop in imports of GOES in 2019 which were down by 56% as compared to 2018 (demand was met locally by AK Steel).

On May 1st, 2020, an executive order (EO13920) was issued by President Trump that prohibited the federal agencies and the US citizens from purchasing, transferring, or installing bulk power system (BPS) equipment in which any foreign country or foreign national had an interest. Under the executive order, the energy secretary was authorized to prepare a list of pre-qualified suppliers as well as identify equipment already installed by “prohibited suppliers” and devise a systematic replacement strategy. It is significant to note that in the US, vendor approval is solely dependent on executive departments despite the compliance with standards, certifications, and quality.

The executive order in some ways was counterproductive and was a cause of concern for utilities that started fearing delay in the delivery of orders as local power transformer manufacturing facilities lacked capacity to meet the demand in the absence of foreign suppliers. Additionally, foreign market players feared losing market share in one of the biggest power transformer markets in the world.

Therefore, on January 20th, 2021, President Joe Biden issued another executive order which in part suspended the executive order (EO 13920) issued by Trump for 90 days. On April 20th, 2021, the US Department of Energy to maintain a stable policy environment repealed the December 2020 Prohibition Order.

Government measures in the US focused on localization of the power transformers market have influenced market players that are acquiring manufacturing facilities and making investments to increase production capacity.

Expansion and Acquisition of Manufacturing Facilities in the US

In recent years, expansion of local manufacturing facilities and setting up of new facilities both by local and international players is being observed in the US power transformers market which is expected to reduce the reliance on imports in the coming years. WEG, Eaton, and Hyundai Power Transformers USA announced plans to increase production facility while Hyosung HICO (Korea) acquired Mitsubishi’s manufacturing facility and Virginia Transformer acquired Portugal-based EFACEC.

In 2020, Eaton announced a USD 24 million expansion plan of its Waukesha operations under which it planned to expand its power systems division facility at 2300, Badger Drive. The work began in fall 2020 and was completed in 2021.

In 2018, Hyundai Power Transformers USA announced investment plans of USD 33 million focused on increasing production at its manufacturing facility in Montgomery. As per its claims, the expansion project was expected to turn the production facility into a smart factory and boost the production of power transformers by more than 60%. The expanded production began in 2019.

Portugal-based EFACEC, that briefly manufactured large power transformers in the US, sold its plant in Rincon, Georgia to Virginia Transformer in 2014. 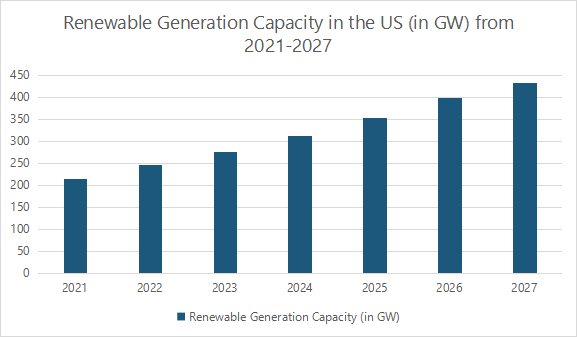 Figure 2: Renewable generation capacity in the US from 2021-2027.
Source: Power Technology Research

US has an aging transformer fleet, with more than 70% power transformers older than 25 years and approximately 15% already exceeding the average life expectancy of 40 years, indicating that the transformer market of the country is primarily replacement driven.

On the other hand, Biden has passed a Bipartisan Infrastructure Bill in the US which has set aside USD 65 billion for the upgradation of the power infrastructure including the installation of thousands of miles of new, resilient transmission lines to facilitate the expansion of renewables in the country.

Lastly, local players should prepare to meet this growing demand of power transformers over the next few years due to the factors explained earlier. If they are unable to do that, despite the strict policies and initiatives by the US government to promote localization, utilities and companies will have no choice but to rely on imports to meet the demand. While a trend towards localization is being observed, it should be noted that this is not an overnight process owing to constraints related to available capacity and capability of local suppliers.

Aleena Ahmad is a Market Analyst at Power Technology Research. She is involved in projects on the transformer topic at Power Technology Research and is responsible for data collection and analysis in various areas including the structure of distribution utilities, the installed base of T&D equipment, and future market trends. As a market analyst at PTR, she performs in depth analysis of the different technologies within the transformer market and their impact. Prior to joining PTR, Aleena worked at Nestle as an Electrical and Automation Engineer. Aleena comes from a technical background and has a BSc. In Electrical Engineering.