Electric motor technology has remained surprisingly static over the last 50 years. While there are a number of good reasons for conservatism in any design process, perhaps the most significant point is that it is only relatively recently permanent magnets have become cheap enough, and rugged enough, to be appropriate for motor design. 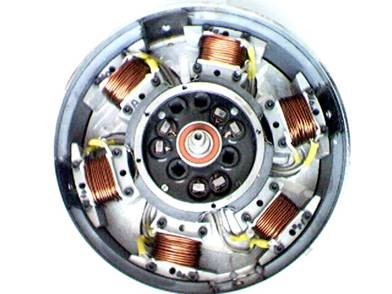 Up until the 1940s it was still customary to use electromagnets, as permanent magnets were not considered suitable for the demands of commercial applications. And it took even longer for magnets to be made available for low cost private experimentation. The result was an industry that became surprisingly fixed in its ways, for which innovation could only come from the outside.

John Ettridge is an inventor who has invested the time required to pursue permanent magnet based switched reluctance design. His research began out of frustration with conventional designs, which it seemed to him were grossly inefficient, difficult to repair, and unimaginative.

Figure 1 is taken directly from the Ettridge patent, and illustrates the layouts pursued in the early stages of research. Subsequently a variety of alternative geometrical layouts were developed, optimized for specific applications and load scenarios. When the six coils are aligned with the permanent magnets, an input pulse is provided to the apparatus, that manifests a repulsion effect, pushing the stators away from the permanent magnets. The input voltage will determine the characteristics of the recession. The higher the input voltage, the greater the resultant mechanical force manifested. 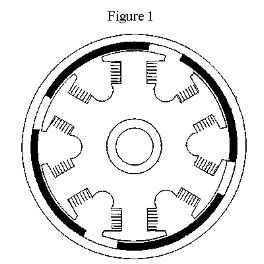 While the use of permanent magnets in such a manner is innovative, the Ettridge technology features further levels of design optimization. Figure 2 illustrates how the conventional T shaped stator can be replaced with an H shaped stator. This enables both ends of an energized coil to be used to impart motion to the rotor section. 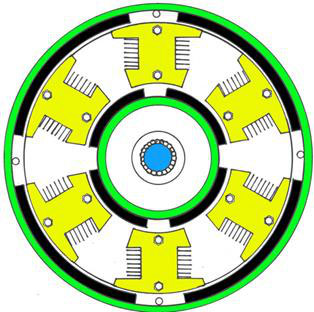 Figure 3 places the two stator designs side by side to highlight the novelty in design. The   resultant increase in efficiency and improvement in power to weight ratio, means the overall effectiveness of the technology is greatly enhanced, without incurring a significant increase in manufacturing costs. 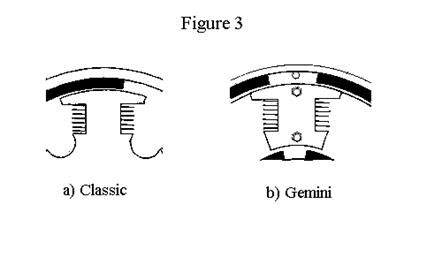 The general theory is that permanent magnet (PM) machines are capable of producing higher efficiencies over other such as induction motors and reluctance motors. They can be very robust and produce a large torque for their physical size. The revolutionary feature of the GEMINI motor is that it has the capability of producing more power for the same volume. Theoretically, it is capable of handling twice the power of a same size conventional motor and while doing so, remain at the high efficiencies that PM motors are capable of. A reduction in size comes with the obvious benefit of material reduction, hence savings in weight and cost. A less obvious advantage is in that a reduction in size opens up markets where space limitations have previously led to the use of costly and inefficient transmission systems. The manufacturing principles of the GEMINI motor are conventional in fashion and would require a minimal retooling cost as compared with other novel motors emerging from the field of research.

Permanent magnets require a complete flux path between the poles, and unless the motor provides a path for these vectors, the flux lines are completed through air. If lines of force permeate the apparatus in such a fashion, the result may be to cause drag upon the rotor and reduce the efficiency of the device.

In a device such as an electric motor where fields are in a constant state of change, the net loss in performance from undirected lines of magnetic force can be significant. This is perhaps another reason why electrical engineers have avoided permanent magnets in motor design, as they introduce not only expense, but also additional design challenges.

The Ettridge solution to this issue illustrated in Figure 4, is to provide the motor with a magnetically permeable back plate, which acts to contain the magnetic lines of force of the permanent magnets. This ensures the magnetic signature of the technology is relatively clean, and the rotor action can function without excessive magnetic drag. It also means the magnetic fields have to cross only 2 air gaps, as opposed to a more conventional 4. Therefore, a further principal of the Ettridge motor technology, is the creation of a magnetic flux circuit. 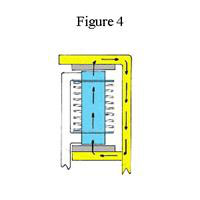 A further development of the Ettridge technology, was the integration of a regenerative     capability. Apparatus was developed that enabled current to be extracted from the motor while in operation, without placing a load upon the motor. While many motors feature an ability to draw energy from the motor while breaking or other low load scenarios, the    Gemini motor can produce a real output at all times, even while under heavy load. This    output can be fed back into the motor, or used to recharge the source, and augments the     efficiency gains already apparent in the design. A number of different implementations exist for this method, and one is illustrated in Figure 5, taken from the patent. 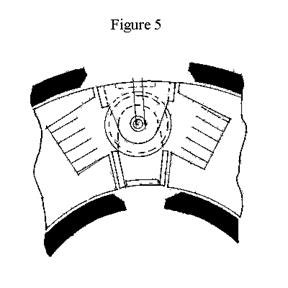 The patented Ettridge Gemini electric motor technology features a number of innovative design characteristics, that are likely to become increasingly common in the next generation of electric motors. Not only can significant efficiency gains be realized, but more importantly for many applications, power to weight ratios can also be improved. With this in mind, it is likely the commercial popularity of electric motor technology will only increase in the years ahead.

GOLD MEDALS were Awarded for the :

Ettridge Commutator at the International Invention and New Products Exhibition held at Geneva, Switzerland, May 2004.

Download the computer animation at the bottom of the homepage.